Trends Relating to Coal Use

Less than two decades ago. coal was responsible for 56 percent of all electricity generated in the United States. Since that time, the utilization of coal as a means of generating electricity has been in retreat. An examination of what types of underlying energy resources are being utilized in new power generation facilities illustrates the point.

The trend shifted more dramatically still a year later. In 2015, solar and wind power were utilized with 69 percent of new power generation facilities and coal was used at none.

One of the main reasons why solar is winning the new power generation facilities race in recent years is the fact that the construction of a solar facility is cheaper than building a coal plant that has so-called clean coal technology. In recent years, with regulations and other considerations, the movement has been moved to the construction of coal plants with clean coal technology, at least when those plants were being built.

The estimated cost for building a coal power plant that utilizes clean coal technology is $2.6 billion. On the other hand, a typical solar power plant costs $1.8 billion.

As noted, traditional coal plants are not even particularly considered when it comes to the construction of new power generation facilities. But, in the interests of full disclosure, if there was a shift back to building old style coal power plants, the cost of such a facility would be $1.5 billion.

The cheapest type of power plant to build is one that runs on natural gas. The cost for constructing this type of plant is $482 million.

There is some commonality in the types of materials that are utilized in constructing coal, solar, and natural gas power plants. The same holds true if you add wind power into the mix.

One type of material that is found in the construction of all types of power generating resources is steel. For example, steel pipe is utilized in different ways in coal, solar, and natural gas power plants. Steel pipe is also an important component in the generation of wind power as well. 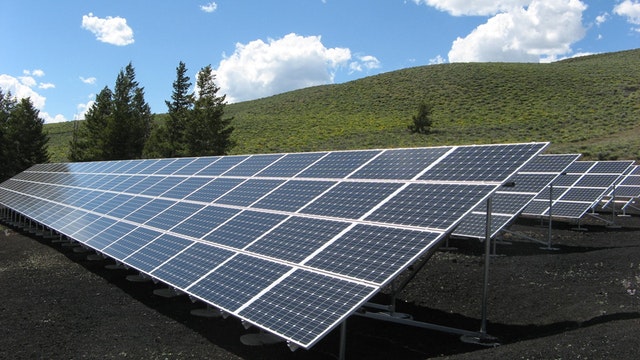 The Future of Coal Power Plants

Another trend associated with coal power plants is going to become clearer in the not too distant future. As mentioned a moment ago, traditional coal power plants were not really being build at all for some time. In addition, the rate of construction of new coal plants with clean coal technology bottomed out all together.

The typical coal plant has a useful lifespan of about 30 years. After that, the plant typically is shuttered and decommissioned. Historically, a new plant would be constructed to take its place.

As plants in operation today begin to approach the their 30 year anniversary of operation, there has been little movement to construct replacements. Therefore, in the approaching future, there is likely to be a good many coal plants permanently decommissioned and not replaced with even some type of next generation coal plant alternative.

Of course, what policies take root in Washington, D.C., will play some role in the future of coal and solar energy. This can, and does, change from one Administration to the next. The Obama Administration was decidedly more favorable to alternative energy resources and contributed to the lessening of use of coal for the generation of electricity. The Trump Administration appears to be intent on returning to the use of coal on a broader scale, but that evident determination has not yet played any appreciable role when it comes to building new or replacing old coal power plants. Determining what will happen in that regard will take a few years.

Shopping For A New Duvet Made Simple

Your Home May Be Worth More Than You Think, Here’s How to Tell