Polyamory is a complex and controversial topic, even in 2017, and there is a lot of misunderstanding surrounding the subject. Frankly, although it’s supposedly in “fashion” in some circles these days, many people use the term inappropriately, and confusion is king. Let’s start this article off right by defining what Polyamorous Relationships and Polyamorous Dating really are, as compared to other types of relationships: 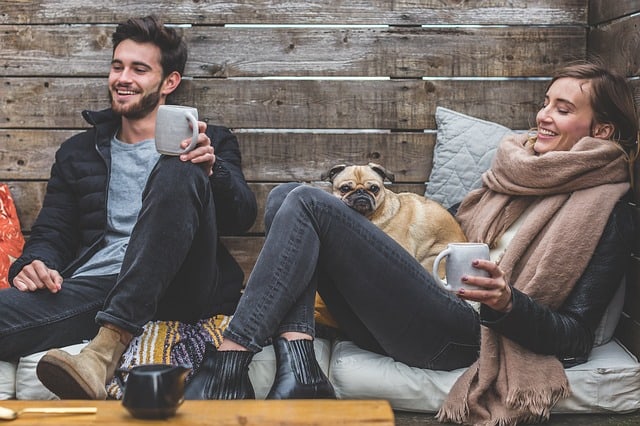 Polygamy: When one person has multiple spouses. This is almost always a man with multiple wives. Outside of a few outlying areas on the globe, also very rare.

Serial Polygamy: Also known vulgarly as serial monogamy, but serial polygamy is actually the correct term. . This is when a person goes from one relationship to another in series. Technically it’s not monogamy as you are switching partners, you are just doing it in SERIES. This is by far the most common method of dealing with romantic relationships. Sometimes there is a romantic or sexual “overlap” as people go from one situation to another.

Swinger: A swinger relationship is one where a couple are together, often cohabitating, and emotionally involved, but choose to invite others for sexual play. Swinger relationships are varied, but they are defined by the fact that no sexual activity is supposed to take place unless both of the parties in the relationship are at least in the room.

Open Relationships: When one or both parties date and have sex outside of the relationship, with the consent of the other party.

Polyamorous Relationships: When more than two people decide to get together and form a committed relationship with each other.

How to Make It Work:

If you are poly-curious and want to try your first poly relationship, that’s commendable, they are very rewarding in many ways, but keep in mind that they are tricky and have to be managed properly by all concerned. Here are some pointers we have drummed up that can help you navigate a poly relationship successfully:

-First and foremost, keep in mind that everybody in the relationship has their own will, and will act on it accordingly. If it’s tough for a couple to communicate successfully, you can imagine as you start to up the numbers how it gets exponentially more difficult! But if everybody is committed, it is possible.

-Another fundamental is that people have to agree at the very start of the relationship to make a rock-solid commitment to not play favorites in any way, shape, or form.

-Everybody should get thoroughly tested with a complete STI panel before sexual activity commences, because, as you can imagine, if one person brings a bug into the relationship, chances are everybody is going to get it sooner or later!

-People often enter into these types of relationships to do away with routine, but routine can still set in if you’re not careful! Everybody in the relationship needs to be committed to fulfilling each others’ fantasies at least once in a blue moon to keep things fresh and keep everybody interested.

With these tips, you may just be able to construct a little community that stands the test of time and serves as an example for others to follow.

I'm Cheryl Posner. I previously served my country in the United States Navy. It was there, in Georgia, that I met the man that I would fall in love with, marry and raise a family. I served for 4 years and am now proud to say that I am a veteran as well as a war veteran after being deployed to Afghanistan a month after I was married in 2005. I have been married for over 9 years and am the mother of three gorgeous girls. Julia who is 4 years, Mary who is 2 years and my Gywenn who is 5 1/2 months old. I love to take photos and document our lives through my pictures. I’m addicted to getting lost in a great book, reality television is my therapy and I love a glass of wine.

HOW TO MAKE YOUR WEDDING GLAMOROUS