If you’re looking for a drink with a hint of class, nothing really beats a glass of wine.

Whether your choice of wine contains earthy tones or sports a fruity aroma, it is a bonafide way to bring a sense of elegance to your taste buds while also remaining free of requiring any pretentious and outrageous displays from your end.

No matter if you can afford a good bottle of Chateau Margaux with ease or can only spend a few dollars on a rosé such as La chapelle Gordonne, if you know how to pick your wines and how to pair reds with rich proteins and rosés with seafood, then you might not need to wish for a sommelier while choosing a bottle for your next social gathering – as that is where the enjoyment of consuming wine resides.

Just like nothing really beats a glass of wine, not many things can disrupt the feeling of bliss that one gets while being surrounded by their family or friends over a dinner table while discussing everyday matters over a good plate of food and an excellent bottle of wine.

Until someone lights a cigarette.

Imagine yourself or a loved one bringing out their favorite brand of cigarette and lighting it with the air of sucking all the class, joy and relaxation from the table, which all goes into fueling that ghastly producer of smoke that everyone in the room would have to bear for the next few minutes.

As much as wine exudes class, cigarettes give off a show of annoyance like none other. A classic killer of sophistication, a cigarette cannot only make your presence in a room turned to sheer nuisance in mere seconds, but it can and will be working internally to be just as irritating to your inner, physical health as you consume it.

Needless to Say, Cigarettes are a Hazard to Your Health, and of Those Around You

You must have read this kind of information before, but let’s just go through it once more for the sake of nothing more than to advocate for your health.

According to the Health & Social Care Information Centre (HSCIC), smoking remains the primary cause of premature death, topping other causes such as road accidents, drug overdose, and suicide. While this comparison might seem interesting by numbers, it remains logical when you put the fact into perspective that smoking is also the cause of 25% of cancer-related deaths, while contributing to instigating around 20% of all cancers – a statistic gathered by Cancer Research UK.

Smoking does not only pose a health hazard to the smoker but also to the people around them, which is not just a fuss thrown by everyone who doesn’t like the habit of smoking, but which is a fact as reported by the Royal College of Physicians, which gathers that over 300,000 pediatric consultations resulting in over 9,000 hospital admissions of children are caused by exposure to secondhand smoke.

If those facts were not enough to turn you away from picking up your next cigarette, then don’t worry, we understand why.

No, We Really Do Understand

We also fathom the surprise you might have felt at our expression of understanding. And even your disbelief remains comprehendible, because as much as everyone likes to press these facts into the face of a smoker, no one realizes that while smoking starts out as a choice, it turns into an addiction long before the affected individual knows it – and in a few months’ time, they are craving for their daily nicotine fix each time they try to quit smoking.

While there have been quite a few “As Seen on TV” products to quit smoking in addition to nicotine patches that you can get from the drug store, the advertised products do not really work and remain a gimmick and the nicotine patches still leave you craving the habit of holding the smoking cigarette between your fingers.

That is where vaping comes in.

How Vaping Can Help You Quit Smoking

Started as a “trend for the hipsters”, vaping has grown out of being the center of new-age jokes and has since established itself a credible industry with proven health benefits in terms of cigarette smokers getting rid of their unseemly habit.

What vapes don’t contain has a lot to do with why vaping is so much better. These are are the many thousands of toxic chemicals, including up to 70 or more carcinogens, given off by burning tobacco. And vaping devices don’t produce smoke but vapor — hence the name 🙂 (Also, nicotine is not known to be especially harmful to adults, and has been compared to the effects of caffeine in coffee — you can google that.) Add to this the fact that it’s very easy to slowly lower the dose of nicotine, and in fact the more you do so, the better the flavor the vape has.

“The available data suggest that they [e-cigarettes] are unlikely to exceed 5% of those associated with smoked tobacco products, and may well be substantially lower than this figure.” A summary of a recent study by the institution reads.

It also mentions that “among smokers, e-cigarette use is likely to lead to quit attempts that would not otherwise have happened, and in a proportion of these to successful cessation. In this way, e-cigarettes can act as a gateway from smoking.”

The Royal College of Physicians is not the only credible organization that propagates the use of e-cigarettes, since a Public Health England review states that “e-cigarettes could be contributing to at least 20,000 successful new quits per year and possibly many more.”

The review also mentions that “e-cigarette use is associated with improved quit success rates over the last year and an accelerated drop in smoking rates across the country.”

Therefore, if you want to show that you really do care not only about the acceptance in your social circle but also your health and of those who are around you, then you should seriously consider using e-cigarettes as a substitute to smoking. 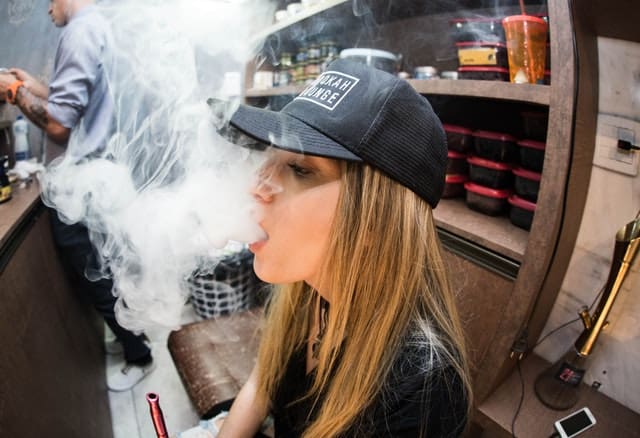 Where to Buy e-Cigarettes

Since the adoption of e-cigarettes has turned vaping into an established industry, you do not have to go to obscure hole-in-the-wall stores, in shady areas to obtain these products, but they remain just as widely available as traditional smoking cigarettes.

Even more easily in some cases.

Several vape shop websites are now available all over the world that not only provide a variety of products and flavors for those who have been vaping for a while, but sometimes also offer great discounts on starter packs for those who are making a switch from traditional cigarettes.

Similar to traditional cigarettes, e-cigarettes also have established brand names. One such entity is Juul, which is known for creating and distributing one of a kind products which vaping aficionados swear by. The brand’s products are also available easily, and selecting a brand which is widely in circulation also helps you with the sense of consistency that you might like with the flavors of something that you are consuming regularly.

Given the health benefits of smoking versus vaping as well as the easy availability of products without causing that panic of guilt in your guts, making the decision on which segment to go with should not be that difficult.

Try It Once, and You Might Just Stick With It

Just like many several other good things in life, you might not know what the other side of the door holds for you until you decide to go through it to check the facts for yourself.

Since vaping does not propose any additional health risks to smokers, you or your loved one with a habit of smoking may safely go ahead into making the switch to e-cigarettes.

You do not have to quit smoking altogether either. What you can do is gradually taper the amount of cigarettes that you consume each day while turning more and more towards your e-cigarette when you feel the need to curb that habit of smoking, and in a few weeks’ time, you would find that your remaining pack of cigarettes has been resting untouched in your desk drawer or in your coat’s pocket since quite a good while without you even realizing it.

By making the choice to adopt vaping over smoking, you will not only be regarded with respect for taking care of the health of others around you, but at your next social gathering, you will not have to put down that glass of wine only to entertain an unsightly cigarette in your pocket (because in all seriousness, who in their right mind would choose cigarettes over wine?).