We’ve seen lots of shake-ups in the global worlds of business and industry over the past few years. Among others, the sudden crash of crude oil prices has really left the international business world reeling. People feel, and rightly so, that there is no certainty anymore, no security. Maybe there never really was and we are just waking up to that realization.

One positive aspect to all of this mayhem has been that many of us have done some soul-searching and are now more open than ever to possible new opportunities. As a matter of fact, all of this disruption is in many ways a blessing in disguise, because it destroys the image of some business as “safe” investments, and promotes a much more open-minded mentality among investors as to taking a chance on the new and less proven. If not even oil is a sure thing, and nothing is a sure thing anymore, one may as well invest in something that has real potential to transform the world in a positive way.

We’re going to take a look at 4 different industries that we consider to be up and coming, and have great potential for an investor to get in relatively early and capitalize on their relative newness:

Investing in an Online Casino is first on our list for a big reason: This is actually a great investment, with huge potential returns for relatively little risk. Online casinos consistently come in among the highest growth industries worldwide, and the trend is likely to not only continue, but very possibly even accelerate some more.

The only caveat here is that this is a very competitive industry, so you have to do your homework before taking the plunge.

E-learning sites such as Skillshare, Udemy, etc. comprise what is still a fledgling industry, and one with massive potential.

The panorama is actually very simple. Decades ago, colleges and universities were the sole gatekeepers of higher learning. For better or for worse, they controlled who had the credentials and therefore qualified for the positions in the vast majority of all industries. Folks who had legit degrees made up a minority of the total population, and the degree was seen, once again for better or worse, as a legit barrier to entry.

In today’s world, this has somewhat deteriorated. A much higher percentage of the population has at least a bachelor’s degree, but the value of that degree has lessened considerably, both because of simple supply and demand, but also because the quality of the education behind that degree has visibly gone way down in terms of quality.

Many post-secondary educations are de facto extensions of adolescence, at a hefty price tag, providing very little value for the investment. Does this sound like too harsh of a judgement? Consider that the Harvard debate team recently surprisingly lost a debate to a prison debate team. Granted, these were some smart people on the winning team, but keep in mind that, decades ago, Harvard’s debate team would go years on end without a defeat! Remember that one of Harvard’s stated goals is to collect the best minds on Earth.

This type of deterioration is obviously not a good thing, but it does represent a catalyst for a whole new industry, the e-learning industry.As the trend of dumbing-down and self-devaluing of the education system continues, it is inevitable that more and more people will take to e-learning as a cheaper and possibly much better quality alternative. This has enormous potential for the human race in general, and specifically as a business venture.

If the current trend continues, e-learning will steadily rise in prominence as a new and better alternative that will start to even threaten other more formal institutions of learning. At the very least, we will start to see e-learning certificates appearing more and more on CVs as time goes on, and that makes this very much a massive growth industry. 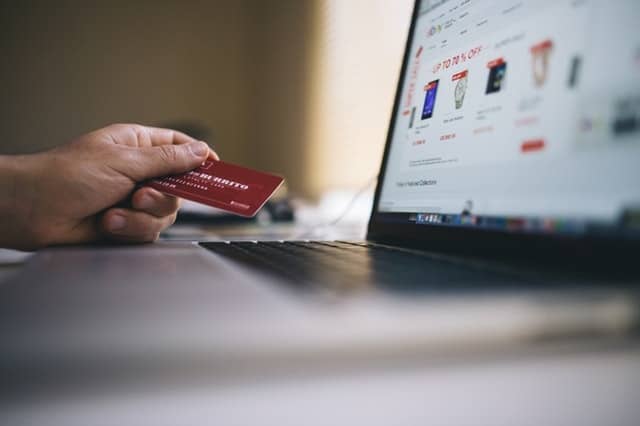 E-commerce is sort of the “old faithful” of this list, but we feel it needs to be included all the same, because, although it’s been around in some from or other for more than two decades, it has yet to really hit its stride.

Normally this wouldn’t be such a good thing to say about a business opportunity, but for one simple and undeniable fact: this is absolutely and undoubtedly the future, and everybody knows it will take over the world; it’s just a question of when.

Honestly, it’s not like e-commerce is not a growth field either. It has been supporting some pretty significant growth numbers as of lately; we just feel that it has so much further to go, which is exactly what makes it still a great opportunity, and there is still a lot of “ground floor” left in it.

This one has been saved for last, but it’s definitely not least on the list. Dropshipping is very potentially powerful, and among all of these industries, this type of company, while having a high degree of risk behind it, has the most potential to exponentially multiply your profits quickly on this list.

Dropshipping companies are simply companies that partner with online retail giants, and buy products and resell them using these same partner companies’ platforms. Properly set up, a dropshipping business has almost no overhead, and simply consists of acquisition of products, and them marketing said products. The partner company receives the product, stores it, processes the transaction, and then sends the sold products out to the buyer for a nominal fee.

Care must be taken to ensure that the products the company deals with have good enough margins and will sell quickly enough, and that the people involved with the marketing know what they are doing. If you can be sure of those two points, you have yourself a winner.

Ways to Increase Your Baby Fund

A How-To on Harvesting Rainwater for Your Household Needs