Our pets are our family members. This is a simple reality. As a result of the close bond that we have with our pets, we oftentimes take our furry loved ones on vacation with us.

In the end, it really should go without saying that we want the easiest, safest, and most enjoyable course of travel for our beloved pets. This certainly includes a trip that will involve air travel.

Fortunately, in recent times, some airlines have been working pretty hard at better accommodating out furry family members when we travel. Some of these developments are worth noting.

During the past five years, a number of major airports in the United States, and elsewhere around the world, have become more proactive and are taking more significant steps to better accommodate traveling cats, dogs, and pets. JFK Airport, serving New York City, is a prime example of what some airports have been to when it comes to better accommodating furry travelers.

JFK has constructed a special climate controlled terminal area specifically designed to accommodate pets. The section of the terminal as been appropriately called “The Ark.” This area is proving to provide a travel respite both for dogs, cats, and other furry travelers as well as their human compatriots. In many ways, there is noting as comfortable as being able to come together before or between flights with travelers in similar situations.

Research revealed that a significant number of passengers who typically fly first class have one complaint. Historically, many airlines didn’t permit furry companions to accompany their humans in the first class cabin.

Over the course of the past three years, some major airlines have been loosening the restrictions that they once had in place pertaining to pets in first class. The transition has resulted in more than airlines becoming more liberal in permitting pet in first class.

For example, an increasing number of airlines are not only opening their doors wider to pets in first class in the first place, but they are serving special treats for pets that do travel in the prime cabin. Some airlines are even providing pet-perfect blankets to permit furry fliers the ability to snuggle and nap in comfort when traveling. 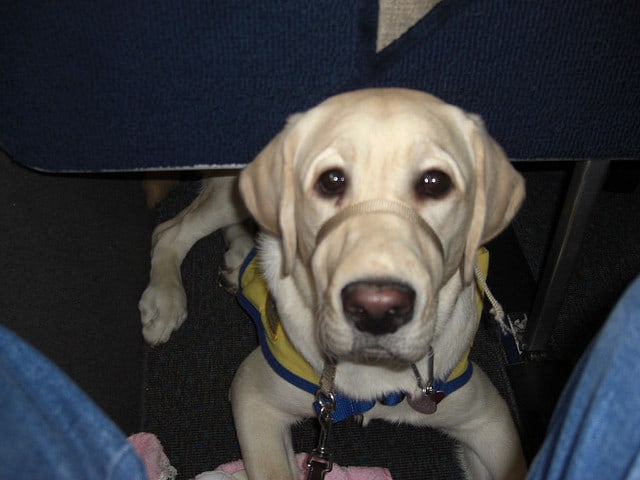 Most people that travel with pets do so on the up and up. In other words, most of us bring our pets along following the rules and regulations established by the airlines. These include paying whatever fee might be charged to bring a pet along in the cabin during a plane flight.

A digression for a moment is important. The safest (and most comfortable) way you can travel by air with your pet is by bringing your furry family member along with you in the cabin. Of course, there are limitations, primarily based on size and species, when it comes to a pet brought into an aircraft cabin. However, if your pet does meet the basic requirements permitting travel in the cabin, that should be the selected course to optimize safety and comfort for your pet, despite an associated fee. (There is also likely going to be a fee for stowing your pet in the cargo hold. It may be less. But, the price difference is nominal considering the benefits obtained by you and your pet traveling together.)

Airlines have cracked down on this cheating the system in recent months. In the end, travelers who lied about the status of their pets proved detrimental not only to individuals who legitimately do travel with emotional support animals as well as to other pet owners who abided by airline rules and regulations. In the end, changes made by airlines to better control the manner in which a claim of traveling with an emotional support animal is made will benefit all travelers.

Jessica Kane is a writer for Handicapped Pets, your most trusted source for dog wheelchairs and harnesses.